Where Did the Contraception Go, Hobby Lobby? 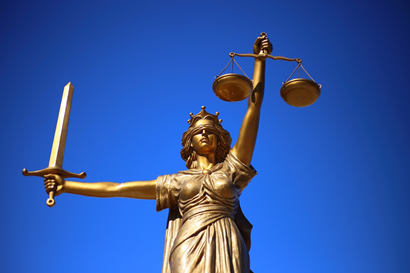 In the 2014 U.S. Supreme Court case famously just called "Hobby Lobby", the country's highest court ruled on a case addressing health insurance coverage for private corporations in a case that promised either catastrophe or justice, depending on which side you supported. It's been three years. What's happened?

At the time of the ruling, the Court held that the Health and Human Services (HHS) regulations imposing the contraceptive mandate on private insurers must yield to the Religious Freedom Restoration Act of 1993 (RFRA) because the mandate was violating the rights of closely held corporations and thereby the religious liberties of the owners of the corporations.

Obviously the notion that a corporation can be religious and thereby exempt from certain regulation is not a new concept - see the non-profit sector and religious organizations, such as religious schools or other charity organizations (think of the nuns who run the local parochial school). What is new is that now the exemption applies to for-profit corporations, as well. The companies who brought suit in this case were “closely held corporations”, in other words, family owned.

Cut to the chase of the 2014 ruling and some of the misconceptions since.

First of all, the Court itself acknowledged that the 2014 ruling was addressing solely the contraceptive mandate. Their narrow ruling acknowledged that the owners of these family-run companies have conscience-based objections and therefore the right not to be forced to use their company health insurance to fund four types of birth control, out of the twenty provided, which have abortifacient qualities. Therefore, similarly situated companies may choose a religious exemption to providing contraceptive services which violate the corporate conscience, ie, that of the owner.

This case, and this exemption, applies to contraception, nothing else, as acknowledged by the majority of Supreme Court justices.

Despite objections on the side opposing the ruling, what does that actually mean?

As anyone who has ever had any health insurance knows, consumers have been making decisions for years, based upon their insurance coverage, of what health services they will use. Insureds, meaning ‘already paying’, have long had to decide if they desire services/products/procedures enough to pay out of pocket themselves, in addition to their insurance premiums. Included in this list are often infertility treatments, certain dental care, experimental drugs/drugs approved for a different use, home births, a list of preventative tests, and more.

To address one of the more interesting concerns that has come up since Hobby Lobby, an owner’s conscience, and this ruling, does not extend to the requiring of others to proactively affirm or support the owner’s religious preference. In other words, no employee will be required to genuflect when passing a stone statue of a religious icon, wear a burqa to cover their head while serving customers, or any of a hundred other religious rituals that have been suggested.

So since 2014, what has been the fallout? Despite predictions of thousands of corporations dropping coverage for conscience-based issues, from January 2014 to March 2016 it appears that 45 have applied for religious accommodation specifically related to contraception. Even fewer, 24, of those are for-profit companies while the rest were religious organizations that maintain a long tradition of religious exemptions anyway (we refer back to the nuns at the school, but even the rogue nun who desires contraceptive products may do so using the HHS workaround).

The Hobby Lobby case also does not apply to other healthcare issues which also provoke controversy, such as immunizations or blood transfusions, see the aforementioned ‘contraception only’ caveat.

So have, in the words of Justice Ruth Bader Ginsburg who opposed the ruling, “legions of women who do not hold their employers’ beliefs” been denied healthcare because of Hobby Lobby?

Karla Allen is a researcher and writer for a variety of trades for At Your Pace Online, an online education provider, including einsurancetraining.com.

Some text in the modal.